What Is the Status of the USMCA Trade Deal?

On December 19, 2019 the House of Representatives passed the United States-Mexico-Canada Agreement Implementation Act (H.R. 5430) by an overwhelming vote of 385-41, with 193 Democrats voting in support (38 opposed), 192 Republicans voting in support (2 opposed) and one independent opposing the agreement.

The ball is now in the Senate’s hands. Last week, the Senate Finance Committee approved the implementing bill by a vote of 25-3 (Sens. Toomey (R-PA), Cassidy (R-LA), and Whitehouse (D-RI) voting no). The Senate Parliamentarian ruled that six Senate committees in addition to the Finance Committee had jurisdiction over the USMCA and therefore all seven Senate committees had to review and vote on it. Following passage in the Senate Finance Committee last week, five of the six remaining committees have scheduled markups this week. The last hold-out is the Appropriations Committee, which is a strategic move by Senate Leadership because under Trade Promotion Authority (TPA) legislation, the Senate must vote on USMCA no later than 15 days after all the Senate committees vote on the bill or it is discharged automatically. According to recent statements by Senate leadership, the Appropriations Committee will vote on the deal on Wednesday of this week--the final hurdle before a floor vote can be held ahead of the impeachment trial.

Complicating matters is impeachment. Speaker Pelosi has announced that the articles of impeachment will be transmitted to the Senate this week, which could delay floor consideration of USMCA until the impeachment trial concludes. During the impeachment trial, the Senate ceases ordinary business. The trial could last weeks. Keeping the Appropriations Committee from voting on USMCA prevents the TPA clock from starting and the implementing legislation remains unaffected. If the Committee votes this week, as reported, it’s a good sign the Senate will pass the deal quickly.

Status in Mexico and Canada

Canada’s Parliament doesn’t convene until January 27, and implementing legislation still needs to be sent to Canada’s House and Senate. From there, there must be three readings in the House before it goes to the Senate. Because a minority government was elected in October after USMCA was signed, Prime Minister Trudeau will need the support of other parties in the coalition to ratify USMCA. PM Trudeau and Deputy PM Freeland are currently briefing the opposition parties and the Premiers of each Province (equivalent to U.S. governors) on the USMCA and the December Protocol of Amendment which details changes to the agreement since it was signed by all three parties on Nov. 30, 2018, including updates to provisions on the environment and labor, among others, as detailed here by the Office of the U.S. Trade Representative. The House schedule is alternating two weeks in session and one-week recess for the foreseeable future. As a reference, it took Canada 28 sitting days (days Parliament is in session) to pass the Comprehensive and Progressive Agreement for Trans-Pacific Partnership (CPTPP) and that was with a majority government, making it difficult to predict timing to complete the Canadian process.

Under the text of the agreement, “Each Party shall notify the other Parties, in writing, once it has completed the internal procedures required for the entry into force of this Agreement. This Agreement enters into force on the first day of the third month following the last notification.” Therefore, if Canada and the U.S. pass USMCA in the spring, the earliest the deal could enter into force would be summer 2020. 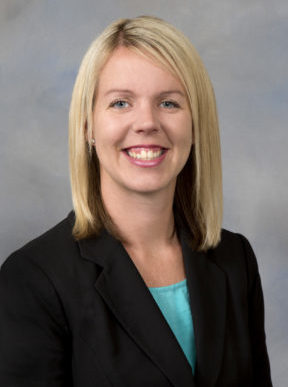