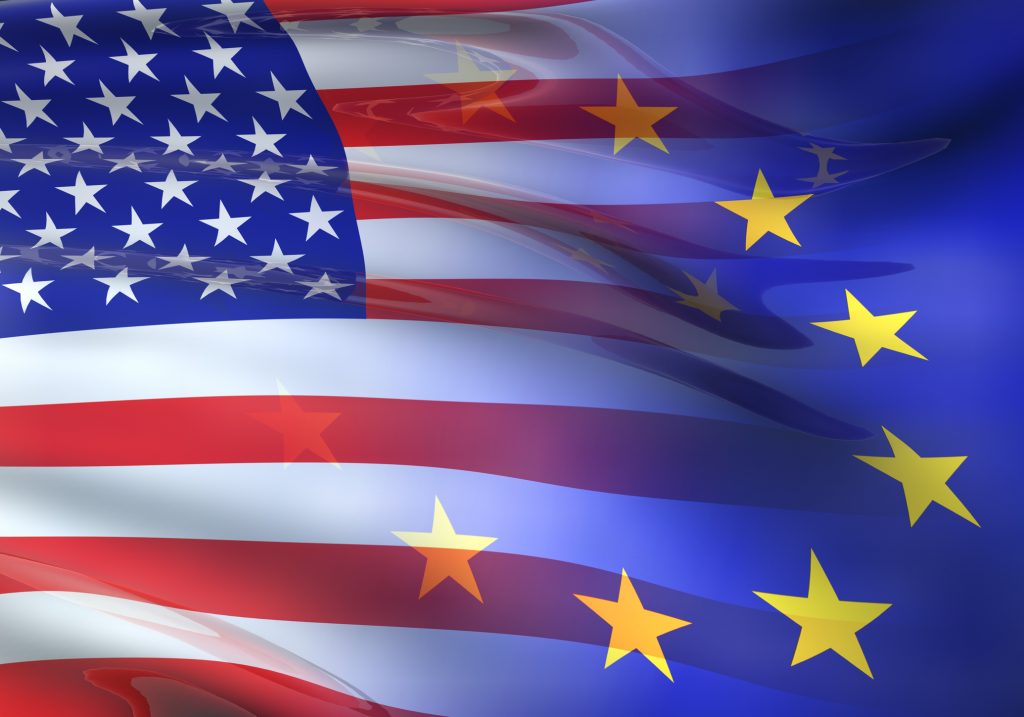 The report authors conclude that the United States was “economically harmed by the EU’s Intervention program for SMP” in three ways. First, the EU program depressed the global price of SMP, which lowered U.S. milk prices in 2018 and 2019, contributing to a $2.2 billion loss of U.S. dairy-farm income those years. The EU program also artificially inflated its global export market share, resulting in drastically lower market share for U.S. dairy exporters and other SMP exporters and U.S. dairy export losses of $168 million from 2018-2019. Finally, the analysis shows that when the EU unleashed its stockpile of “Intervention SMP” onto the global marketplace, the disposal of the product had harmful effects on the competitiveness of the United States in historically important export markets including Southeast Asia.

In a letter to U.S. Trade Representative Robert Lighthizer and Agriculture Secretary Sonny Perdue, the leading dairy trade associations in the United States—the International Dairy Foods Association (IDFA), the National Milk Producers Federation (NMPF), and the U.S. Dairy Export Council (USDEC)—point to this economic analysis as proof that the EU’s SMP Intervention program wreaked havoc on the U.S. dairy industry. In their letter, the groups urge the U.S. government to prevent the EU from using future Intervention practices to effectively dispose of publicly stockpiled EU dairy products at discounted prices in the international markets. In May, dairy groups from across the Americas joined to call for an end to the EU Intervention Program.

“It is time for the EU to stop dumping government-purchased SMP on the world market and implementing policies that undermine global dairy markets under the guise of protecting its farmers,” said Michael Dykes, D.V.M., president and CEO of IDFA. “The EU program has harmed U.S. dairy export prospects by artificially inflating the EU’s market share and damaging the competitiveness of the United States in historically important export markets.”

“This report puts into hard numbers the bitter truth that U.S. dairy farmers already know: the EU’s dump of intervention stocks onto the world market depressed farm-gate milk prices in the U.S. in 2018 and 2019,” said Jim Mulhern, president and CEO of NMPF. “Now, as farmers and cooperatives are working tirelessly amid a global pandemic to keep an essential food ingredient moving to those markets that need it most, it’s time to do the advance work necessary to ensure we don’t see a repeat of those harmful impacts from EU Intervention policy in the future. The EU SMP Intervention Program needs serious reforms and the Administration should examine the best tools at its disposal to help drive that needed change.”

“Europe’s SMP Intervention Program is just one tool in the EU’s arsenal of destructive trade policies meant to propel their dairy industry forward at the expense of the rest of the world. As the global dairy market reels from unprecedented disruption, and the consequences of the use of this EU policy to disrupt trade have become much clearer, it’s essential to drive forward reform of this program. Looking ahead, if the EU is allowed to again dump government stockpiles on the world market, it will harm U.S. farmers and processors and erode efforts to advance fair trade policies that create greater market access for U.S. dairy,” said Tom Vilsack, president and CEO of USDEC.

The EU tripled the annual ceiling of SMP Intervention purchases in 2016 from 109,000 metric tons (MT) at the beginning of the year to 350,000 MT by June 24, 2016. The EU continued its Intervention Program, accumulating the equivalent of 16 percent of the global market in government storage. As global SMP demand began to improve in 2018, the EU released its stockpile of SMP onto the commercial market. During the 18-month period from January 2018 to June 2019, the EU sold, via a tendering process, 379,453 MT of Intervention product, depressing global prices for SMP below what they otherwise would have been. The EU government implemented no restrictions to prevent the product from entering the global market. The SMP Intervention product entered export channels since the domestic market was not capable of handling this volume without an adverse impact on the domestic price of SMP, and hence the farm-gate milk price. Instead, the negative impacts were felt by others, including U.S. farmers and exporters, in 2018 and 2019.

The economic impact analysis, “Impact of the European Union’s SMP Intervention Program on the United States: 2016-2019,” was written by Kenneth Bailey, Ph.D. and Megan Mao, B.S., from Darigold, a wholly owned subsidiary of the Northwest Dairy Association based in Seattle, Wash.

The United States is now one of the world’s top dairy exporters, shipping high-quality, wholesome, nutritious dairy products to consumers in more than 140 countries. In 2019, U.S. dairy exports were valued at more than $6 billion, according to USDEC, an increase of 8 percent from 2018. U.S. export volumes of SMP/Non-Fat Dry Milk (NFDM) topped 700,000 tons for the second straight year in 2019.

Driven by greater global dairy demand, U.S. dairy exports have nearly tripled since the early 2000s, and the United States is now the world’s third-largest dairy product exporter behind New Zealand and the European Union (EU). As the global population continues to grow and consumers everywhere purchase more delicious dairy products to consume inside and outside of the home, the U.S. dairy industry will continue to advocate for a rules-based system of free trade that provides greater certainty and eliminates barriers for American producers and processors. This report concludes that the United States and other exporters are harmed when publicly stockpiled product accumulates and is disposed of on the global market.

WTO Allows U.S. to Impose up to $7.5 Billion in Tariffs on EU

On Wednesday a World Trade Organization (WTO) arbitrator granted the United States the ability to im...

WASHINGTON, May 12, 2020 – As the European Union (EU) is poised to begin government-financed interve...